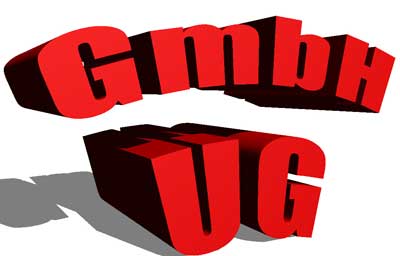 The German GmbH and the UG as its sub-form are limited companies, meaning that the company’s owners are not personally liable for the debts incurred by the legal entity. In this sense, they are comparable to the English Limited. The UG (“Unternehmergesellschaft”) in particular was introduced by the German legislator with the easy formation of the English Limited in mind.

This is especially due to the required minimum share capital of only 1 euro. Over the course of years it turned out that the legislator was successful in giving an incentive to start business. The UG has become extremely popular in Germany. Internationally, however, the UG is rather unique and therefore unfamiliar to international entrepreneurs. Thus, the GmbH will most likely remain the most relevant option when entrepreneurs consider starting business in Germany. Besides that, from a legal point of view, the UG is only a sub-form of the traditional GmbH. The law addresses the UG in only one provision specifically, for the rest applies the law on the GmbH by default. Therefore, when the formation process is subsequently outlined, the focus will be on the GmbH.

An important feature of the formation is the possibility to draft the articles of association according to a model statute, which eases the burden of the process considerably. For it allows making use of standard provisions. This is particularly handy in case no individual provisions are needed. If, on the other hand, it is desirable to include additional rules, e.g. restrictions on the transferability of shares, the model statute cannot be employed and the formation is accordingly more complex.

In order to vest the GmbH (or UG) with legal personality, it is required to have the articles of association notarially recorded. In this context, it will be in the first place for the notary to verify whether the articles contain all obligatory elements, such as the name of the company, its seat and the amount of share capital. Another prerequisite for legal personality is the registration with the local court and the entry into the commercial registry. This requires the submission of some documents, e.g. the articles of association and the decision on who will be appointed director.

Between these steps it is legally relevant to notice that after the notarial certification a so-called “GmbH in the process of formation” comes into existence. This enables its founders to already undertake legal transactions. However, they are personally liable at that stage. From a more pragmatic point of view, one should consider opening a bank account as early as possible and to ensure the correspondence particularly with the local court at the company’s seat.

After all these steps are taken care of the business is ready to start operating!