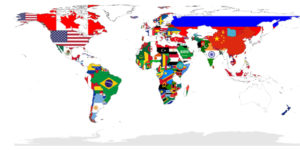 You have received a favourable judgment from a foreign court and wish to enforce it in the Netherlands. What possibilities does Dutch law offer to enforce decisions from foreign countries? Certainly, the recognition and enforcement of a non-European judgment in the Netherlands can be complex. This article provides a brief introduction to whether and under what conditions recognition and enforcement of foreign judgments is possible.

What are the applicable provisions of Dutch law?
Article 431 of the Wetboek van Burgerlijke Rechtsvordering, the Dutch Code of Civil Procedure, in conjunction with Article 985 of the same Code, states that foreign judgments are in general not enforceable in the Netherlands, unless their enforceability is determined by a specific legal provision or by an applicable international convention. Dutch law is based on the premise that the recognition and enforcement of the judgment requires judicial authorisation from the Dutch court. Such approval can be obtained by the exequatur procedure. Consequently, the origin of the foreign judgment determines the procedural steps to be taken to enforce the judgment in the Netherlands.

The enforcement of judicial decisions from non-EU countries poses certain difficulties. These judgments are generally excluded from judicial authorisation for enforcement. However, Article 431(2) of the Dutch Code of Civil Procedure offers the rare possibility of indirect enforcement of such a judgment. In the Gazprombank ruling (HR 26 September 2014, ECLI:NL:HR:2014:2838) the Supreme Court of the Netherlands states that there are two procedural options available for such cases:
(i) a substantive reassessment of the dispute; or
(ii) an assessment of the power of jurisdiction of the foreign court (also called disguised exequatur).

Assuming the conditions above are met, the application for enforcement is in general admissible.

Legal advice
Enforcement of a non-European court decision in the Netherlands can be complicated. If you want to enforce a foreign judgment in the Netherlands, it is important to assess the chances of success in advance. The attorneys at Heffels Spiegeler Advocaten will be pleased to provide you with legal advice and, if necessary, guide you through these proceedings.