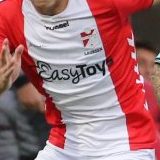 The pandemic has hit football hard. Many football clubs are struggling financially and sponsors are withdrawing. The effect of sponsorship is limited of course if no matches are being played or being played without an audience. However, the company EasyToys – intended sponsor of FC Emmen – got a lot of attention this season, partly thanks to the prudery of the Royal Dutch Football Association.

But what is a situation in which there is a conflict with “good taste and decency”? Because this situation is very hard to determine objectively, the judge and the Dutch Advertising Code Committee are reluctant to classify it as such. And more importantly, in this specific case the sponsor did not demand that FC Emmen’s players would walk around on the field with a picture of a dildo on their shirts. No, only the company’s logo would be visible, and that logo in itself is in no way offensive.
The real objection of the KNVB, therefore, apparently relates to the fact that the sponsor is active in the sale of sex articles. Nowhere in the regulations of the KNVB does it say that a football club may not accept sponsorship from a company that sells articles that are usually delivered to the home in a neutral packaging. According to the KNVB, taboos should not be broken through football.

There is little chance that the objections of the KNVB against the sponsorship deal between FC Emmen and EasyToys would stand up before the Dutch courts. After FC Emmen threatened with summary proceedings, the KNVB withdrew its objections with the announcement that it would hold further consultations with all clubs during the General Meeting of Professional Football in December 2020. The sponsorship deal between EasyToys and FC Emmen was thus rescued, at least for the time being. It will not matter much to EasyToys, in the meantime, with some help from the KNVB, the reputation of its brand has increased enormously.