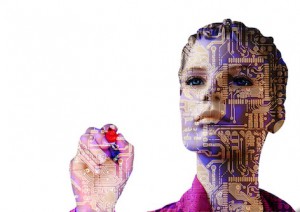 How are the works “created” by artificial intelligence protected in the face of the new resolutions adopted by the European Parliament?

From Deepmind, an English company owned by Google, which has created a program capable of composing music without assistance, to Dreamwriter, a Chinese algorithm that became a victim to plagiarism in 2019, the contribution of new technologies to the artistic world is unprecedented. Recurring themes of the last few months: artificial intelligence (AI) is now used by creative professionals. Originally used for scientific and statistical studies, algorithms are spreading in our information and communication societies. Artists have quickly jumped on the bandwagon and have also made use of these new tools, which are obviously very useful for their creative process. This new technological use, however, tends materially to deconstruct the classical link between the work and the artist, raising questions about the nature of copyright protection, its raison d’être. As the European institutions gradually take up these observations, the question arises as to what extent artificial intelligence in the artistic field contributes to a rethinking of continental copyright protection.

On October 20th 2020, the European Parliament addressed recommendations to the European Commission to assist it in drafting future regulations on artificial intelligence. The objective pursued by the MEPs is to encourage innovation while limiting ethical infringements and protecting intellectual property rights. Promoting the development and use of AI within the European Union must therefore increase transparency and improve the exchange of information, without undermining the security, equality and privacy of EU citizens. The MEPs also encouraged the development of environmentally sustainable artificial intelligence, in accordance with Article 37 of the Charter of Fundamental Rights of the Union, which requires that a high level of environmental protection shall guide the Union’s action. Finally, the Parliament proposed a regulation on a specific civil liability regime linked to artificial intelligence systems.

Artificial intelligence is defined as an algorithm that obtains information from a database and synthesizes it in order to draw conclusions and make decisions. Still far from a real “intelligence”, AI and machine learning are based only on advanced synthesis mechanisms to draw inferences from it. However, while copyright law requires “human intervention” in the creative process, increasingly innovative automation mechanisms in robotics today allow unhindered access to a form of creation without the help of a physical person. This leads to the demand for a new definition of the founding criteria of “originality” in the field of copyright, which implies that, according to the European definition, the work must show the “imprint of the author’s personality”.

Parliament’s resolutions encourage not to provide AI technologies with legal personality and to distinguish between human creations supported by AI and autonomous creations generated by AI. This is indeed the crucial issue when it comes to understanding the advocates of introducing such technology into the artistic sector. During its development in the 1990s, AI was only used as a tool in art. Creations were hybrid and diverse. The creative input was very much dependent on the individual. These works intertwined a decision by the creator with the result of a technical process established by AI. However, the role of technology has evolved considerably. The technological revolution has enabled the development of algorithms capable of controlling the entire creative process by reproducing a neural network modelled on the anatomy of a human being. Thus, in 2016, a painting was unveiled in the Netherlands that was completely designed by an algorithm called “The Next Rembrandt”, reproducing the painting technique of the famous painter of the same name. In the same year, an artificial intelligence established in Japan wrote an entire short story that passed the first selection for a literary prize.

As mentioned above, the question of human intervention is a decisive factor for the qualification of a copyright protected work. However, if the work is created by the program alone, without human interaction, the current qualification of copyright does not seem appropriate. Many practitioners have therefore considered possible solutions. Several approaches have emerged. First of all, some argue for an objectification of the terms “copyright”, “originality” and “intellectual work” in order to limit the meaning of human intervention and to be able to capture the works created by the AI. Others take a more subjective stance, believing that despite the contribution of the machine, it is still possible to identify the human contribution, especially the one coding the algorithm. This position was supported by Dreamwriter’s lawyer in the above mentioned case of Chinese plagiarism. Finally, a third approach is pursued by the advocates of the introduction of a new set of regulations sui generis along the lines of the database laws. The argument is based on the idea that copyright is a reward for a creative effort that leads to an original work that reflects the personality of the author. However, if the human being disappears, there is no longer any reason for protection. Consequently, if the AI produces a creation, copyright must be rejected because there is no longer any real creative effort of the human mind. However, since the financial investment can be significant, it is important to protect AI creations in order to avoid hindering innovation and creation. The proposed sui generis scheme would therefore aim to compensate for this material and financial investment.

The omnipresence of the economic component within this new paradigm confirms the unsuitability of Copyright for the protection of AI creations. According to the latter approach, it would be a question of creating a new, probably a shorter lasting, monopoly allowing a balance between the investments made and the absence of human creative effort. On the other hand, this vision outlined by our colleagues implies the addition of a new set of rules, which might be a source of legislative burden and cause a certain amount of legal uncertainty. The European “coding” in the field of AI and intellectual property could take place in the near future. The European legislator will then need to make a decision on which of these approaches it wants to implement.