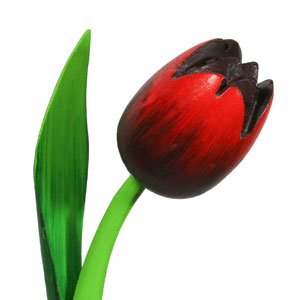 In January, the tulip season starts and the official kick-off will take place this year on 15 January with various events, if that is allowed under the COVID-19 measures.

The tulip has been an important export product for the Netherlands for centuries, although it is not originally a Dutch product. However, this blog is not about the history of the tulip. The tulip has been the subject of various legal proceedings. Below, one of those legal proceedings will be briefly discussed. Also, the possibilities of the legal protection of a tulip (or any other flower or plant) will be discussed.

It is possible to protect the commercial name of a flower or plant as a trademark. This is among others possible in the Benelux or in the entire EU. A trademark registration grants the holder of the trademark the exclusive right to a name or logo. This means that third parties may not use the same or a confusingly similar sign for the same or similar goods and services for which the trademark is registered and actually used.

However, a number of conditions are attached to a trademark registration. One of these conditions is that the trademark may not be descriptive. Trademarks that are not distinctive cannot be registered as a trademark. This was the subject of the legal proceedings regarding the tulip variety ‘Red Flair’ as discussed below.

Plant breeders’ rights (or plant variety rights) grant the holder the exclusive right to commercially exploit the variety concerned. In order to protect a variety in the Netherlands, a plant breeders’ right application can be filed at the Board for Plant Varieties (Raad voor Plantenrassen). It is also possible to opt for protection in the entire EU by filing an application at the Community Plant Variety Office (CPVO).

Practice has shown that in the agriculture and horticulture sectors often no distinction is made between a trademark and a variety name, and that the ® symbol is wrongly used. This symbol may only be used when a name has been registered as a trademark, for example, at the Benelux Office for Intellectual Property (BOIP) or at the European Union Intellectual Property Office (EUIPO).

Why should the variety name differ from the trademark?

A variety denomination is considered a generic name and the law states that generic names cannot be trademarks. It is therefore important to always choose a different variety name and commercial name for a new variety. It is advisable to mention both the variety name and the commercial name or trademark in catalogues, folders and price lists. This will prevent the name from becoming a generic term or that dilution occurs and all rights are lost.

For both the chosen variety name and commercial name, it is advisable to investigate (or have someone investigate) whether the name does not infringe upon the (trademark) rights of third parties.

Does the variety denomination ‘Red Flair’ for a tulip infringe upon the FLAIR® trademark?

At the beginning of this century, the Court of Appeal in The Hague had to answer the question whether the holder of the word mark FLAIR®, registered for live plants and flowers, could oppose the registration of the variety name ‘Red Flair’ for a tulip variety in a plant breeders’ right application by another company. The Court of Appeal therefore had to address the question of whether the variety denomination ‘Red Flair’ is similar to the trademark FLAIR® in such a way that there is a likelihood of confusion among the public as to  the origin of the goods.

An important factor in the assessment was that a tulip variety with the name ‘flair’ had already been registered in 1978. The Dutch variety register also contained numerous variety names in which the term ‘flair’ appeared. The Court of Appeal ruled that the word ‘Flair’ is commonly used as an indication for a tulip variety. Therefore, the trademark FLAIR® lacks any distinctive character for tulips and the trademark holder could not oppose the registration of the variety name ‘Red Flair’.

The word – as a descriptive term from its origin – does not have much distinctive character. In short, the trademark holder could not prevent the other party from using the variety name ‘Red Flair’.

If you have any questions regarding the protection of your tulip, another product, or for example the possibility of using or protecting a name, please do not hesitate to contact us.