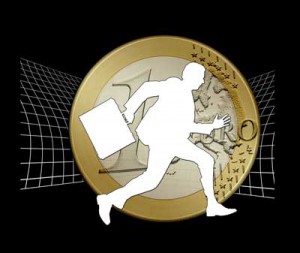 This is legal news that Wolters Kluwer would have wished not to have to publish. Indeed, their tax optimisation techniques just suffered a severe loss against the French labor rights.

In 2007, the Dutch media and editing group Wolters Kluwer decided to merge several companies. This project was called the “COSMOS project”. As part of the restructuring, the subsidiary Wolters Kluwer France (WKF) borrowed 445 millions of euro from the parent company Wolters Kluwer (HWKF) at a higher rate than the normal market rate.

The high debt of WKF resulted in the cancellation of the employees profit sharing payments while it previously was about 5 millions a year. The parent company in The Netherlands, thanks to the tax optimization, was able to generate 555 million euros of yearly dividends.

Pursuant to Articles L.3322-1 and L.3322-2 of the French Labor Code, in a company with at least 50 employees, the employees must receive a payment of the employee profit sharing. This right is evaluated on the amount of net income and the shareholders’ equity of the company.

It is therefore right that the Versailles Court of Appeal, in a judgment of the 2nd of February 2016, upheld the request of the unions on the grounds that “The companies WKF and HWKF, by means of fraudulent maneuvers consisting of the non communication to the Work Council of legally binding accounting documents and a deceptive speech to the Work Council, knowingly concealed to the Work Council of the company WFK one important consequence of the COSMOS project, namely the significant debt increase of the company WFK whose direct effect is the absence of payment of the employees’ profit sharing before and after the project took place in June 2007 “.

The COSMOS project is no longer effective against employees and the companies WFK and HWKF were sentenced to reconstruct and abound the special reserve of the employee profit sharing for the years 2007-2016. However, this decision, despite its compulsory execution, is likely to be appealed before the French Supreme Court within two months.

One question remains unresolved did the Court of Appeal want to punish the breach of obligations under the labor law? Or is this a sanction against tax optimisation techniques? Only time will tell!