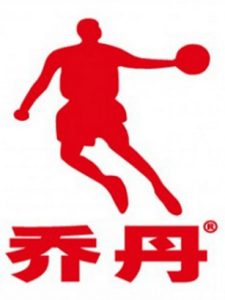 Qiaodan Sports, a Chinese sportswear company, recently lost three of its registered trademark in a lawsuit against American famous basketball star Michael Jordan. The three revoked trademarks are demonstrated as “乔丹”, literally using Jordan’s Chinese name in Chinese characters, covering a wide range of products such as sports clothing, beverages and even Christmas tree decorations.  However this ruling is widely considered only a partial victory for Michael Jordan, since his revocation requests for other disputed trademarks designed as “qiaodan”, Jordan’s Chinese name in Pinyin, were declined by the Supreme Court of People’s Republic of China.

Though China trademark law employs a first to file system, it provides two exceptions to battle malicious preemptive trademark registration, namely a prior right is existed and violated by the disputed trademark, or the infringed unregistered trademark has already been used and is considered famous by the court. In other words, international companies or individuals can revoke the registered trademark based on these two conditions.

The Jordan case here is about the first exception. In the People’s Republic of China’s Trademark Law, article 32 provides that no trademark application shall infringe upon another party’s existing prior rights. By admiting Michael Jordan’s right to his unoffical Chinese name written in Chinese characters, the Supreme Court of PRC clarified the criteria of recognizing the right to personal name, which is considered as a prior right shrined by the trademark law. This ruling will provide legal certainty to future cases of the same nature. Apart from the right to personal name, the existing prior rights also include portrait right, trade name, copyright, patent and so forth.

For other foreign companies or individuals who want to protect their trade names or trademarks, Jordan’s partial victory is more symbolic than substantive. On the bright side, it shows China’s willingness and endeavor of providing a IP friendly environment for all players in the market, regardless of its nationalities. However, it is only a drop in the ocean. There are still lots of ongoing cases calling for legal certainty in regard to the interpretation and application of China trademark law.

The first suggestion to those who intend to cover Chinese markets in their business scope is always being proactive, registering trade name or trademark not only in its original form but also in Chinese characters or pinyin. According to China trademark regulation, trademark registration by foreign companies or individuals should be conducted via the qualified Chinese agencies, Heffels Spiegeler Advocaten have business partners that can take good care of your trademark registration in China.

Though preventing infringement from happening is always more effective and economic than arguing in court, if an infringement has already been committed, right holders shall remain calm and examine whether or not the exceptions mentioned above can be employed in your case. Heffels Spiegler could be of your service in this regard.