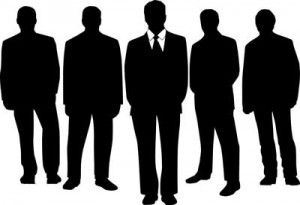 France has experienced these last months’ horrific terrorist attacks and everyone feels more or less affected by this danger. It seems then important to review the obligation borne by the employer to protect the mental and physical health of his employees.

In a judgment of November 25th, 2015, the French Supreme Court (Cour de Cassation) had the opportunity to rule on this safety obligation in relation to terrorist acts. In 2000, Air France took over the employment contract of a first class cabin attendant on long-haul flights. On September 11th, 2001, the employee witnessed the attacks against the World Trade Center. On the return of the crew, Air France implemented a psychological support for its crewmembers. In April 2006, while the cabin attendant was about to board on the flight, he suddenly suffered from a panic attack, which resulted in medical leave. He was dismissed, on the 15th of September 2011, for failing to report to a medical check-up aimed at finding out if he was able to exercise his job on the ground.

The employee contested his dismissal in front of the court on the basis that the employer did not take the necessary measures to ensure his safety and failed to meet his obligation to protect his employees’ physical and mental health. However, the Court dismisses the employee’s claims on the ground that the employer “does not ignore the legal obligation requiring him to take all the necessary measures to ensure the safety and the protection of the physical and mental health of his workers, the employer who justifies taking all the measures provided by articles L. 4121-1 and L. 4121-2 of the French Labor Code”.

The Court found that Air France had taken into account the traumatic nature of the events, which its staff had been exposed to. The company had mobilized, day and night, healthcare personnel in order to provide, if needed, psychiatric consultation. The employee was declared medically fit four times between June 27th, 2002, and November 18th, 2005. He had exercised his functions without any difficulty until April 2006. In this context, the Court held that the employer had therefore satisfied his safety obligation to achieve a result.

The judgment of the Court seems to be an easing of its case-law. Indeed, the employer’s safety obligation, to achieve a result, seems to have been fulfilled from the moment he has implemented measures to protect the mental health of his employees. But at this stage, such an approach would be perilous given the fact that the court is strict about the matters, allowing no possible derogations except in cases of force majeure.

To conclude, the decision of the Court in the commented case above was based on the peculiarities of the facts of the case, but owing to the fact that terror is a sensitive topic nowadays, one general rule must be deduced, namely that the employer must implement all measures that can ensure the mental health of his employees. The judgment of the Court is an appropriate reminder considering the dangers that France is currently facing.