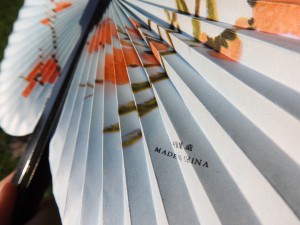 Without a doubt, China is one of the fast growing economies in the world, which in return has spurred an exponential interest in understanding China’s legal and administrative system. The weak Chinese enforcement system and lack of trademark protection is a big concern for many international businesses that wish to explore the Chinese market. Good news is that China making serious efforts to improve its protection of trademarks in recent years. It is modernising its trademark application process, improving the protection of well-known trade marks and establishing special IP courts in Beijing, Shanghai and Guangzhou. However, trademark infringements and misuses are still problematic for many foreign companies since trademark enforcement procedures in China are very difficult and complex.

Companies facing trademark disputes may have various approaches to defend their rights, using either administrative or judicial channels. This article summarizes different ways of trademark protection in China once an infringement has taken place.

1. Making an argument in front of Administrative bureaus
Filing complaints before an administrative office can be a quick and efficient way to fight trademark infringements. Complaints can be made before different administrative agencies. There are local administrations for industry and commerce (AIC), the administrations of quality supervision, inspection and quarantine (AQSIQ), customs, state intellectual property offices, the ministry of culture, local public security bureaus (PSB) and so on.

Lodging a complaint with the local trademark office in the AIC can be considered as a very practical one. The AIC can investigate and seize infringing goods as well as levy an administrative fine on the infringer. In practice, the fine imposed on the infringer varies from case to case, but in ordinary case, it will not be more than three times the amount of the value of illegal business or ¥100,000 (€14,770.62) when calculation of illegal revenue is impossible. Similar to AIC, AQSIQs have the power to stop infringement and levy a fine. However, since the main responsibilities of AQSIQs are focused on monitoring compliance with the quality system, anyone can file a complaint before AQSIQs without proving infringement. Another way of protection against trademark infringements is to register trademarks with the general administration of customs (GAC), which is in charge of merchandise coming in and going out of the country. What happens very often is that customs offices take the initiative to spot and detain suspicious goods even when there is no complaint. In this way, infringing products will be stopped from entering or leaving China at the border. In addition, victims may contact local PSB offices when the infringement reaches a certain threshold and therefore be considered as a crime. The PSB office can carry out investigations over the infringing products and transfer the case to a people’s prosecutor if there is sufficient evidence of a crime being committed.
The administrative offices can be fast and less costly in stopping the production and distribution of infringing products but it has its limits. In most situations, administrative bureaus cannot grant compensation to the owner of the trademark, but merely order injunctions or hand out relatively small amounts of fines to infringers, which create insufficient and ineffective deterrence for future infringements. Moreover, there is no appeal procedure within the structure of the governmental system. Parties disagreeing with the administrative decisions have to file a lawsuit before judicial courts to change the result.

2. Civil proceedings
Civil proceedings are more preferable to administrative channels for those companies who wish to obtain compensations and do not trust the complex Chinese administrative system. In China, trademark cases are normally handled by specialized intellectual property right (IPR) tribunals in the general civil court system, and, an IPR tribunal in an intermediate people’s court is considered as the court of first instance.
Upon filing the suit, the IPR tribunal will start a pre-trial hearing, where each party will be asked to submit supporting evidence and to challenge the veracity of the evidence provided by the other party. Sometimes, a Chinese court may also take steps to investigate over the case upon the request of parties and take initiatives to encourage settlement before it concludes the proceedings. At the end of the proceedings, the court may award remedies to the victim, either in the form of monetary compensation, injunction to cease the infringement, or confiscation of all infringing goods and the machinery used to produce these products. In order to minimise the loss suffered by the trademark holder, a court may also issue a preliminary injunction prior to the final decision. After a court decision is made, unsatisfied parties may bring out an appeal in front of a higher-level court.
Compared to the administrative channel, civil proceedings give a victim a chance to receive monetary damages equalling to its loss in revenue caused by infringement or illegal revenue gained by the infringer. This is an important reason for victims to bring out litigation in front of a civil court. However, what has to be noted is that judicial proceedings can be relatively costly and time consuming. The whole proceeding may take up a few months, but sometime even years. You need a licensed Chinese law firm, specialised in trademark cases.

3. Criminal proceedings
Criminal proceedings apply to certain types of trademark infringements, which are considered especially serious and outrageous. Victims of trademark infringements may make a complaint at the local PSB or a people’s prosecutor in order to start the investigation procedure. In a few occasions however, victims can also initiate private prosecution proceedings in a civil tribunal, which will subsequently move the case to the criminal tribunal.
Infringements amounting to trademark crimes must satisfy certain prerequisites. According to Chinese criminal law, a trademark crime might be recognized if someone has produced or knowingly sold counterfeit products; or produced forged or unauthorised representations of trademarks and the infringement meet the minimal value thresholds (the value of the infringing products is higher than ¥50,000 or the infringer obtains profits higher than ¥30,000). If an infringement is determined to be a crime, the court will order either fines or sentences up to seven years in prison, depending on the impact on society caused by the infringement.

Conclusion
In practice, a company may have to consider several factors before deciding the way to tackle trademark infringements, such as the complexity of the infringement and the economic capacity of the infringer and the one seeking compensation. For example, a sole administrative action might be ineffective in the case in which the infringement is complex and multiple parties have been involved. In addition, companies can always defend their trademark via more than one approach in order to solve the dispute efficiently and effectively.