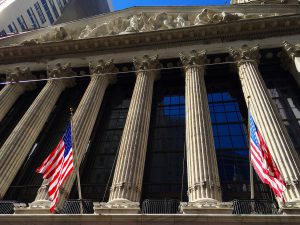 After taking a hit through the financial crisis, the global M&A activity has been experiencing a consistent growth during the past five years. With 2015 being a record year marked with exceptionally large transactions, the market seems to be continuously confident. Activists nowadays are relying more and more on cross-border transactions as a source of value creation.[1] With merger deals such as the American pharmaceutical giant Pfizer and its Irish pendant Allergan amounting to roughly $160 billions, the outlook on M&A activities in 2016 stays bright. Nevertheless, in order to invest into a well-established, and hence highly regulated, U.S. market, which contains the highest bidders and targets in the sector PMB[2] in 2015, foreign investors and activists should be aware of regulatory laws, which might have significant impact on a public M&A deal and therefore, some of such laws might be of particular concern.

One of such regulatory block would be the so-called Exon-Florio, a national and homeland security law. It may apply to investment into U.S. business affecting national security, which would result in control of U.S. infrastructure, essential technologies or assets by non-U.S. persons. The Committee on Foreign Investment in the United States (CIFIUS) is responsible to monitor such transactions in line with the Exon-Florio Act,[3] which was amended by the National Security Act of 2007. The major concern was foreign ownership and the resulting control and influence on U.S. key industries. The filing of the transaction to the committee is voluntary and if the parties file, the CFIUS will have thirty days to review and begin investigation. In case the parties fail to file, the president has the power to undo a deal at any time. One of the more notable cases under Exon-Florio was the Dubai Ports World, a UEA state-owned company that was trying to acquire multiple major U.S. seaport management companies.

However, there is no need to panic: in practice, there were few cases under Exon-Florio. In addition, before filing, activists should consider political sensitivities and open lines of communication with the committee beforehand and create plans for mitigating measures in case the filing went south. In order to secure a smooth examination by the CIFIUS, the communication should be rather direct and preferably without delay of filing the case for review.

Further attention should be paid to trade sanctions and export controls when conducting a due diligence as a foreign acquirer, since subjects such as controlled technology must be evaluated or reviewed by the acquirer. Continuing performance of certain contracts by the target can raise post-closing compliance issues, certainly also depending on the new management structure. Foreign investors’ ownership may trigger requirements under the trade sanctions. The same goes for acquiring shares in a company with ongoing business in restricted countries. Such issues can be prevented by carefully reviewing contracting parties during the due diligence process.

Another killing blow to the profitability of a deal can be the failure to identify an ongoing boycott and the associated penalties. It can simply be triggered by acquiring a target with ongoing contractual boycott commitments, which can result in U.S. tax penalties. For instance, by accepting a clause in the contract such as “agree to comply with the No laws of North Korea.”

The importance of a complete and thorough due diligence, reviewing all kind of corresponding files (e.g. e -mails, faxes, file notes etc.) on top of the pre- and post-contractual documents cannot be stressed enough to prevent tripping on one of those regulatory stumbling blocks.