On the first day of the Amsterdam Dance Event[1] conference held all over Amsterdam last week, a panel moderated by China-based DJ Spencer Tarring discussed the huge potential of China as the rising promised land for Electronic Dance Music (EDM). This potential market is immense: with over 1 billion inhabitants China counts 200 million people between 14 and 24 years old, the primary target audience for EDM. Although electronic music is still a niche market in this huge country, the Chinese EDM scene has been rapidly growing over the past year(s). EDM festivals have been expanding with STORM (held in 6 cities this year) and MYTH as the main dance events. In 2016, four out of 20 most popular dance clubs are located in China according to djmag. Between 2011 and 2015 the electronic music event capacity in China has almost tripled.[2]

Considering that China counts more than 80 large cities with over a million inhabitants, this country offers endless touring opportunities for foreign and Chinese DJs. Eric Zho (founder of STORM festival) told Vice: “EDM is the sound of the future…We believe that this scene is set to grow significantly over the years as the popularity of STORM brand grows (…) In five years, I see STORM will be in 20+ cities, as well as 1000s of underground and club events.”

So it is clear that China loves dance music, but why is it so difficult for foreign entrepreneurs to enter the market? There are some cultural, legal and economical barriers obstructing all that potential. “In the first place, China is historically a troubled market for music licensing and money generation for music sales”, Tarring says. Piracy is common practice in China and basically people are still not used to pay for what they listen to. Even official platforms pirate their catalogues and the most famous clubs do not pay any fee to any performance rights organisation (PRO), although the Music Copyright Society of China does exist. Obviously China’s “Great Firewall” does not help building (international) careers, blocking access to important foreign social media such as Facebook and Soundcloud, while social media are critical drivers of EDM’s popularity.[3] Most Chinese artists promote their music through local popular platforms such as WeChat, Weibo and Xiami and perhaps more and more on Spencer Tarring’s Pyro which is trying to connect international EDM with China and vice versa. Although the now growing local industry is lobbying and working hard to create a legitimate market, China seems to have a long way to go. However, since everything is evolving so fast, these problems are expected to be addressed much sooner than we may think.

Apart from legal and economic hurdles, the culture and language barrier is considered the biggest problem for foreign entrepreneurs as well as Chinese artists. According to DJ MIIIA Chinese kids are under a lot of pressure from a very young age, not having much time to discover art and music. Becoming a DJ is not what Chinese parents want for their kids, as they do not even consider it a real profession. As a result, China created a very distinctive club culture with a clear separation between the commercial and the underground scene: “Commercial Chinese clubs are entirely focused on male dominated VIP tables”, says Rainbow Gao (owner of the underground club The Mansion in Shanghai). “These male VIP’s sitting around tables, paying for girls to join them, do not interact with the music in any way.” Although this has been a problem for the perception and experience of EDM in China, the panel has big hopes for the younger generation, being better educated.

The general lack of education and infrastructure for EDM as we know it, makes it very hard for Chinese artists to earn a living as a DJ. Some clever pioneers such as Robin Leembruggen (founder of Mad Panda) brought young Chinese artists like 17-year-old Chace to Amsterdam facilitating collaborations with Dutch DJs and thus paving the way for an international career, taking advantage of Dutch resources and information. For foreign DJs the only way to enter the Chinese market is to work together with Chinese artists and for them these collaborations seem like the best way to actually generate an income and create a vast EDM scene in China. 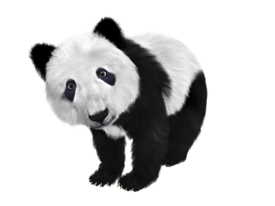 Heffels Spiegeler Advocaten has a Chinese practice with native speakers assisting Chinese entrepreneurs doing business in Europe and helping Europeans to understand the Chinese marketplace. We are able to connect you to the best specialised music lawyers in the Netherlands and we can help you do business in China.