Christie’s wins battle for a new interpretation of the “Droit de Suite” regulation in France.

A recent decision of the French Supreme Court[1] is going to overturn the law in France that requires the Artist’s Resale Right (Droit de Suite) being paid by vendors. 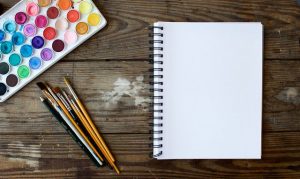 The resale right forms an integral part of copyright and is an essential prerogative for authors.

It is an unassignable and inalienable right, enjoyed by the author of an original artistic work, or their heirs, to an economic interest in successive sales of the work concerned.

The resale right is intended to ensure that the artist receives part of the resale value of a work of art.Authors of visual art receive their earnings mainly from the sale of the work and not from its reproduction or its performance as it happens for music or drama.

When the artwork is sold, the artist loses every right of economic use of this work, no matter if the value increases.

Consequently, the “droit de suite” helps to redress the balance between the economic situation of the author of a work of art and that of others who benefit from successive exploitations of his work.

Every time an artist’s work is resold within a certain defined period (in most jurisdictions, the life of the artist plus 70 years after the artist’s death), the artist or their heirs are entitled to receive a small percentage of the resale value.

France, where this right had his first acknowledgment in 1920, has been a source of inspiration for the other European countries which included the “droit de suite” in their legislation.

To put an end to the differences in enforcement between countries, the European Union set a specific Directive[2] at a later stage.

While the levels charged for the Artist’s resale rights are set up in the EU directive, individual countries are free to determine how these levels are applied: whether the seller, the buyer, the auctioneer or all three are liable for the levy.

In France traditionally the charge has been applied to sellers without exception[3].

The change in policy came at the request of Christie’s in 2009 when it demanded that buyers of items from the collection of fashion designer Yves Saint Laurent and Pierre Bergé pay resale (or “droit de suite”) fees.

A long-running legal battle began: Christie’s was taken to court by the national union of antique dealers (the Syndicat National des Antiquaires –  SNA) which claimed that Christie’s was gaining an unfair competitive advantage.

French courts ruled in SNA’s favor in 2012 and 2017 arguing that the clause in Christie’s France’s general conditions of sales transferring the resale royalty cost from the seller to the buyer infringed French law.

However, the Supreme Court’s decision on 9 November 2018 agrees with the Christies’s France reasoning and allows the auction house to charge the buyer the levy, as long as this is specified in the sale conditions.

The latest ruling follows a European Court of Justice decision in 2015[4] that reached the same conclusion. The ECJ settled the preliminary question ruling that it is possible to pass the obligation to pay the “droit de suite” to the buyer via a contract since this arrangement doesn’t affect the liability towards the artist.

Finally, after a decade of litigation, and not without criticisms, auction houses in France could start charging the buyer resale fees as of the beginning of this year 2019, depending if the buyer accepts the change in the sale conditions.