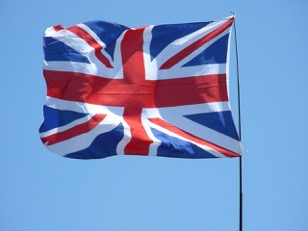 Brexit and the consequences for intellectual property rights

On June 24th, 2016, the United Kingdom referendum result came: Brexit over Remain. Though the economic and political effects of this exit of the European Union are yet to be determined, we are currently able to discern some of the most foreseeable consequences for intellectual property rights.

In the event of a withdrawal of a Member State from the European Union, the process should be carried out according to article 50 of the Treaty on the European Union, which states that if any Member State may decide to withdraw from the Union in accordance with its own constitutional requirements, the state in question shall notify the European Council of its intention. In the light of the guidelines provided by the European Council, the Union will have to negotiate and conclude an agreement with that State, setting out the arrangements for its withdrawal, taking into account the framework for its future relationship with the Union. Article 50 also states that the Treaties shall cease to apply to the state in question from the date of entry into force of the withdrawal agreement or, failing that, two years after the notification referred to in paragraph 2, unless the European Council, in agreement with the Member State concerned, unanimously decides to extend this period.

It will therefore take a quite some time in order to effectively implement the United Kingdom’s withdrawal from the European Union, with a maximum duration of two years (which is highly likely).

Effects on copyright law
Copyright law is already governed by the national UK law (part of which has included implemented European Directives) and international treaties, such as the Berne Convention. The same applies for the protection of database law which is implemented from the Directive dated 11 March 1996 into national UK law. No direct effects are therefore being expected from Britain’s exit from the single European market.

Similarly, the withdrawal impact on patent regulation should be minimal. As a matter of fact, the European Patent Office (hereafter “the Office” ) is independent from the European Union. The Brexit should not deprive the United Kingdom from its position within the Office, and European patents should continue to be granted in the UK. According to the Office, it “underlines that the outcome of the referendum has no consequence on the membership of the UK to the European Patent Organization, nor on the effect of the European Patents in the UK”[1].

However, the United Kingdom’s withdrawal might have consequences for the Unified Patent Court and Europe’s Unitary Patent which is scheduled for 2017. The approval of the United Kingdom will need to be secured to ensure that the new Patent Treaty will come into being. Re-negotiation would be an inevitable necessity to find a substitute State for approval. Thus, the Office stated that it “expects that the UK and the participating Member States will find a solution as soon as possible which will allow a full implementation of these so long awaited achievements”[2].

Concerning European Trademarks and European Designs, Brexit consequences are of importance. Future-filed trademarks are not likely to be valid in the United Kingdom. The same shall apply to those already registered or in the application stage. Nevertheless, a solution could be found through bilateral agreements in order to convert all European registrations into those that would be nationally recognised in the UK.

In addition, the consequences of Brexit on the exhaustion of intellectual property rights are something worth keeping in mind. Naturally, a product lawfully put on the British market will no longer enjoy the benefits of free circulation around the European Union. Thus, the right holder will need to give new consent for the product entry into circulation within the Union’s market.

Last but not least, the Regulation dated April 27th, 2016 on the protection of natural persons with regard to the processing of personal data and on the free movement of such data will not apply within the United Kingdom anymore. This will imply the negotiation of future bilateral treaties in order to ensure the protection of personal data in the event of their circulation from the European Union to the United Kingdom.

However, it is noteworthy that the above-listed consequences are yet to come, but not until the end of the negotiations between the United Kingdom and the European Union institutions regarding their exit from the European project.

Of course, Spiegeler teams are therefore at your disposal to provide assistance in order to apprehend the upcoming changes to the best of our ability, in order to ensure that your intellectual property rights will continue benefiting from the best possible protection.