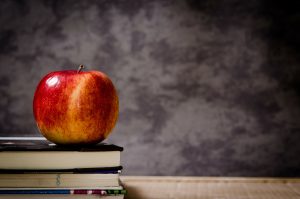 Singapore, just like the Netherlands, is one of the most attractive arbitration forums in the world. SIAC continuously improves the arbitration rules to provide parties with the most efficient ways to solve disputes. There are several changes to the Singapore International Arbitration Centre (SIAC) Arbitration Rules. There are two points worth noting.

Under this new procedure, the parties can save a lot of time and money, because claims or defenses that manifestly lack legal merit or fall outside the jurisdiction can be quickly dismissed.

SIAC 2016 Rules also provide for new procedures for parties to file a Notice of Arbitration in respect of all arbitration agreements involved or the further consolidation of related arbitrations.

SIAC 2016 Rule 8 lays down a procedure for a party to apply for consolidating the arbitration proceedings under SIAC 2016, provided one of the criteria is fulfilled:

Comparing the Singapore system and the Dutch system, there are several interesting differences. Under SIAC 2016 Rule 8, a party can seek to consolidate the arbitrations prior to, or after the constitution of any Tribunal. In other words, even before constitution of the Tribunal, a party already has the possibility of consolidating different agreements. On the contrary, under the Dutch system, the party can apply for consolidation only when there is a pending arbitration proceeding and a corresponding Tribunal has been arranged.

To sum up, the latest version of SIAC Arbitration Rules from 2016, does follow the worldwide development of pursuing the more flexible arbitration rule to save the parties’ time and cost. This trend is reflected in the new Dutch Arbitration Act in 2015. The Singapore system and the Dutch system do have their own liberal aspects. That of Singapore adopts the early dismissal option, which is the first one in the main commercial arbitration forums. The Dutch system also has a quite flexible consolidation procedure for different arbitration proceedings that even allows a third person to order consolidation. The developments both in Singapore and the Netherlands also show that these jurisdictions aim to create a competitive and an attractive forum for international investors.

[2] The Dutch Arbitration Act (in English)