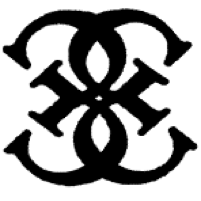 In its judgement issued on 11th October 2016, the General Court dismissed two appeals brought by the Italian luxury brand Gucci. This case is interesting because it gives us an example of the scope of protection that a registration of letter signs provides.

According to Gucci, Guess’ sign is similar to theirs, since each of them consists of a combination of capital ‘G’ letters, with the result that they will convey the same overall impression to the relevant public, the attention of which will be attracted more by the element ‘G’, which they have in common, than by their minor differences. Furthermore, Gucci stated that its marks have an exceptionally high level of distinctiveness, both inherent distinctiveness and distinctiveness acquired through use, and that they have an indisputable reputation. In addition, Gucci claimes that the likelihood of confusion is further increased by the fact that the application for a declaration of invalidity was based on the earlier marks’ membership of a family of marks, all consisting of a combination of capital ‘G’ letters.

The marks Gucci is using (all consisting of at least 1 letter G): 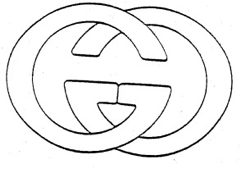 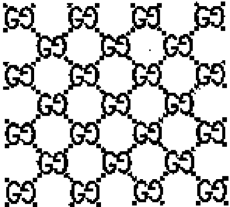 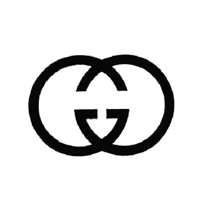 The Court decided that the mark Guess is using do not consist of a ‘simple’ interlocking of the capital letter “G”s, but of a complex symmetrical combination of four opposed and criss-crossed letters together forming a very specific and complex graphic design. Whereas Gucci’s mark will be seen by the public as a normal upright capital letter ‘G’ (left part), which was inverted and mirrored on the right.

The Court stated that the relevant public, who will retain the image of the sign as a whole, will not perceive in Guess’s mark the capital letter ‘G’, represented by the earlier marks, but rather an abstract ornamental motif. Guess’s signs “could be perceived both as reproducing stylized letters, such as the capital letter ‘X or the letter ‘e’, and as a combination of figures and letters, such as the figure ‘3’ and the letter ‘e.'”
According to the Court even though Guess’s signs were based on the capital letter G, the marks at issue create a completely different overall visual impression.

Based on the above we can conclude that the more complex the logo will come across to the public, the less it will be seen as just a letter, making it less easy for owners of marks consisting of letters to prevent later marks to copy them.