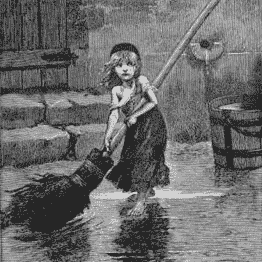 An important goal when acting against infringements of rights is to receive compensation for your loss. But what kind of compensation does the law offer you? Directive 2004/48 of 29 April 2004 on the enforcement of intellectual property rights created two sets of compensation rules in article 13(1):

Is it possible to ask for moral prejudice compensation to be added to the lump sum? This question has now been answered by the European Court of Justice [2].

The company Mediaset broadcasted a documentary on Spanish television, including, without authorisation, a certain artistic work. Upon bringing an action before the Spanish tribunal, the rightholder of this work requested the tribunal to order Mediaset to pay damages in the form of a lump sum, as well as another compensation for moral prejudice. However, the Provincial Court of Madrid (Audiencia Provincial de Madrid) refrained from awarding the moral prejudice compensation, instead awarding only the lump sum.

When the case was appealed at the Spanish Supreme Court (Tribunal Supremo), it decided to ask for a preliminary ruling from the European Court of Justice, asking if it is possible to combine the lump sum with the moral prejudice compensation.

First the European Court of Justice stated that although article 13(1) (b) of the Directive does not mention moral prejudice as being an element included within the range of lump sums, it also does not exclude this element from being taken into account by judges in setting up the amount. According to the Court, this leads to the conclusion that the article does not prohibit other elements being included within the calculation of the lump sum when appropriate.

Secondly, the Court made an extensive examination of article 13(1) (b) of the Directive with regard to the Directive’s goals and of the context in which the provisions operate. It found that the Directive aims to ensure an equivalent and homogeneous level of IP protection within the internal market by taking into account any specific aspects of each case brought before the Court. It found furthermore that these aims could only be achieved by setting up an appropriate method of calculating damages which would include those specific aspects. Without including moral prejudice within the range of the lump sum, it would be impossible to compensate for the actual prejudice suffered, with the hypothetical royalties calculation only covering the material damages.

[1] The moral prejudice, according to intellectual property law, is damage suffered by the rightholder because the infringement negatively affects his reputation or damages any other interests than direct material damage. One example of moral prejudice is damage due to the negative effect from the infringement because of a decline in consumer’s trust in your products.