Sculpture-maker Daniel Druet made sculptures for artist Maurizio Cattelan’s artworks’ projects for over twenty years. Now, he wants to be recognized as sole author for eight artworks credited to Maurizio Cattelan.

The case was brought to the Paris Judicial Court. 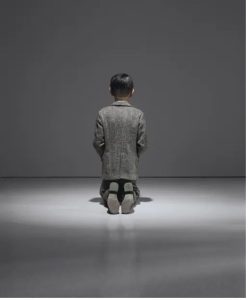 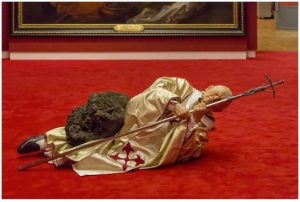 Who is Maurizio Cattelan?

Maurizio Cattelan is an Italian artist, particularly known for his “taste for irreverence and the absurd, but also his profound interrogation of socially ingrained norms and hierarchies.” [1]

More recently he exhibited “Comedian” (2019), a banana, duck-taped to a wall with detailed instructions and diagrams for its proper display.

He is mainly represented by Galerie Emmanuel Perrotin.

Who is Daniel Druet?

Daniel Druet is a French sculptor of wax sculptures of some renown in France, an academically trained winner of the Prix de Rome. He created many wax figures for the Grévin museum. Since 1999, Daniel Druet has done many sculptures for Maurizio Cattelan, among them La Nona Ora (1999), “Him” (2001).

Who did Daniel Druet bring an action against? 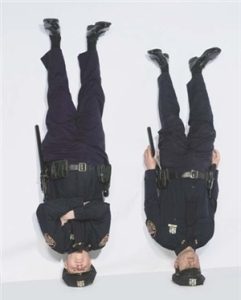 What did the court decide?

The 3rd Chamber of the Paris Judicial Court, specialised in intellectual property law, examined the case, and gave its verdict on Friday 8th of July 2022.

The Court first established the right owner of the rights claimed on the artworks.

The judges stated that according to article L. 113-1 of the French Intellectual Property Code “Authorship shall belong, unless proved otherwise to the person or persons under whose name the work has been disclosed.” [to the public]. There is thus a presumption of authorship for the person who disclosed the artworks.

In its decision, the Court makes a difference between:

In his summons, Daniel Druet claimed right of authorship on the artworks as disclosed to the public, meaning the wax-sculptures as displayed in its original setting.

On this matter, the Court observes all artwork displays have been made under the direction and instruction of Maurizio Cattelan only. Moreover, the artworks were disclosed under his name alone, both in the press, where he is systematically presented as their sole author, and at the exhibitions.

As Druet did not summon Maurizio Cattelan, currently recognized as the author of the artworks thanks to the presumption of authorship (Art. L. 113-1 French Intellectual Property Code), Daniel Druet’s request to be recognized as sole author is dismissed by the Court. According to the judges it is not possible to ask to be recognized as the author of an artwork and holder of the affiliated intellectual property rights without bringing an action against the currently presumed artist himself directly.

However, it would have been interesting to see the Court’s position if Daniel Druet’s claim had been limited to the wax-figures only and not the artwork as displayed to the public.

Likewise, what if Daniel Druet had brought an action directed against Maurizio Cattelan himself to be recognized as co-author of the artworks as displayed, instead of asking for the sole authorship via other parties?

Daniel Druet has the possibility to appeal the court’s decision until 9th August 2022.