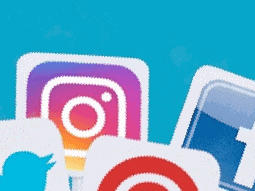 On 30 June 2022, we celebrate the annual World Social Media Day. The introduction of the holiday honours the impact of social media platforms on people’s global communication, and not without reason.
Today, almost everyone in the world uses internet platforms to connect and share with others – be it friends, family or even complete strangers we meet on the internet. Social media makes our everyday lives easier, but also open up previously unknown perspectives for the future with new career directions.

The comment function under a post on platforms such as Facebook, Instagram or Twitter, where users can leave comments, is particularly popular. This comment can be of any kind – written or pictorial. The better known a person is in the public sphere, the more comments are left about that person under various photos and videos. This is what happened to the German politician Renate Künast, who belongs to the Bündnis 90/Die Grünen party, when the debate about alleged statements made by her sparked off in public.

What happened?
At the end of October 2016, the owner of an internet blog published a picture of the politician with the following text, which only appears to be a quote from Künast: “Comma, if there is no violence involved, sex with children is quite ok. It’s all right now.”
This post referred to the debate that resurfaced in 2015 regarding the Green Party’s stance on paedophilia in the 1980s. One of the topics in the House of Representatives in May 1986 was domestic violence. When it came to the question of how the speaker, who was also a member of the Greens, stood on a resolution of the party in North Rhine-Westphalia according to which the threat of punishment for sexual acts against children should be lifted, Künast is said to have shouted the above-mentioned quote.
After the politician claimed injunctive relief against the blog owner, he reported it on his Facebook page in early 2019. In April and May 2019, numerous Facebook users reacted to this and commented with various pointed and partly sexist insults.

Legal classification
According to the Data Protection and Privacy in Telecommunications and Telemedia Act, data subjects can obtain information about the inventory data of social media platforms, insofar as this serves to enforce civil claims for their violation of absolutely protected rights due to unlawful content covered by the still controversial Network Enforcement Act (NetzDG). For this, the person concerned must have obtained a court order beforehand.
Illegal content within the meaning of section 1(3) of the NetzDG also includes insults in the criminal law sense. Those affected by such a statement in a post or comment can therefore seek a court order. For this purpose, the court examines whether the insult actually fulfils the criminal law framework.

Künast applied to the courts in Berlin for permission to provide information on the inventory data of these Facebook users in order to be able to take legal action against them. However, the courts rejected the application on the grounds that the reactions of the Facebook users were admissible expressions of opinion. In the end, only 12 of a total of 22 comments were classified as insults under criminal law. The politician herself had commented on an issue of considerable public concern and thus provoked opposition from the public. Since the comments had a factual reference, they did not constitute defamation of the person of Künast and thus did not constitute insults under section 185 of the Criminal Code. However, the determination of the existence of the offence is necessary for the issuance of the court order. Finally, the courts argued that Künast, as a public figure, had to accept such attacks in the public battle of opinion.

Constitutional decision
With her constitutional complaint, Künast complained, among other things, that her right to privacy had been violated. Now, the Federal Constitutional Court has ruled in favour of the politician in its decision of 19 December 2021 (Ref.: 1 BvR 1073/20) and overturned the decisions of the lower courts.

In the view of the Federal Constitutional Court, the courts of lower instance had incorrectly weighed the weighting of Künast’s right of personality against the freedom of expression of Facebook users. The courts assumed that the existence of defamatory criticism was necessary for the criminal offence of insult to be committed. However, defamatory criticism is a special case of insult. A simple insult in the criminal law sense can also exist if the violation of the personality of the person concerned outweighs the freedom of opinion. Due to this misjudgement, the courts have not considered the weighing of the aspects of the individual case, which leads to a violation of Künast’s right of personality.

The standard for weighing
The Federal Constitutional Court pointed out that, in determining the meaning of the respective statement, a balancing weighting of the impairments threatening the legal goods and interests affected must be carried out. An exception applies to the defamation or disparagement of a person. In these cases, a previous dispute is recognisably only used as an outward reason to make fun of other persons or to put them down, for example in the case of a private feud.
But especially in comment columns, such remarks can occur without reference to such a feud. They can concern people who are not personally known, even people in public life, who are denigrated and made despicable under the protection of the anonymity of the internet without any comprehensible reference to a factual criticism for reprehensible motives such as feelings of hatred or anger.

In contrast, citizens enjoy the special protection of criticism of power. They can attack public officials for their way of exercising power without having to fear that personal aspects of such statements will be removed from this context and form the basis for drastic legal sanctions. It is therefore important for the consideration of whether the privacy of the persons concerned or their public activity with its social consequences is the subject of the utterance and what repercussions on the personal integrity of the persons concerned may emanate from this utterance.
The limits of freedom of expression vis-à-vis political figures have also been discussed at the European level with regard to Article 10 (2) ECHR. In its case law, the European Court of Human Rights emphasises that the limits of permissible criticism of politicians are wider than those of private individuals. At the same time, the criticism of power does not permit every insult, even on a personal level, of public officials, who nevertheless enjoy protection under the constitution. Statements of any kind are all the less worthy of protection the more they move away from a battle of opinions on issues that affect the public in a significant way and the more the disparagement of the persons concerned comes to the fore. Which statements public figures have to put up with and which not, depends not only on the type and circumstances of the statement, but also on the positions they hold and the public attention they claim for themselves.

The court sees effective protection of the personal rights of politicians in the public interest, especially under the conditions of the dissemination of information through social networks on the internet, which can increase the weight of these rights in the weighing. This is because a willingness to participate in the state and society can only be expected if those who engage and contribute publicly are guaranteed sufficient protection of their personal rights.
According to the concrete circumstances, it may be particularly relevant whether the expression of opinion was made ad hoc in a heated situation or, on the contrary, with a longer period of forethought. Whereas in the case of an oral statement, emotionality and excitability of the person expressing the opinion can be granted within the bounds of reasonableness, the court generally expects a higher degree of deliberation and restraint in the case of written statements. This also applies in principle to textual statements in social networks on the internet.

The Berlin Court of Appeal must now decide on the matter again, insofar as the decisions were to Künast’s disadvantage.

Conclusion
The decision of the Federal Constitutional Court is of great importance, as it deals for the first time with the legal framework of comment columns on the internet.
Insults accompany our everyday life, they represent a negative aspect of the worldwide ease of communication through social media. Nevertheless, social media is not a space free of punishment. The punishability of insults in German law serves to protect the honour of the person concerned. Thus, persons in political life in Germany are explicitly protected so that they can make a lasting contribution to public work.
However, there are high hurdles to criminal liability, which are set in each individual case, because the individual’s freedom of expression must not be disproportionately limited. Statements that appear to be an insult may turn out to be a pointed but nevertheless permissible expression of opinion. With the development of online communication, more and more legal questions arise, especially on the issue of hate comments and incitement, as well as the spread of fake news and conspiracy theories, which have increased dramatically since the beginning of the Covid19 pandemic and the restrictions that accompanied it.
With the court’s decision, those affected as well as the public service gain more security in dealing with social media, even if it still has room for improvement. For despite the still open construction sites, the platforms offer great potential for open exchange and a link between people worldwide.