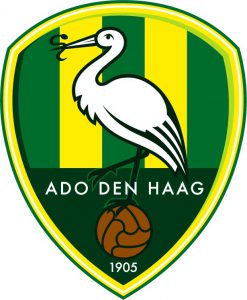 On the basis of the conflict between United Vansen International Sports Co. Ltd and soccer club ADO The Hague, we will take a closer look at the Dutch so-called survey procedure at the Enterprise Division of the Amsterdam Court of Appeal and the court’s ruling in this case.

The core of the dispute between the two parties is that according to the management of ADO, UVS did not fulfill its payment obligations and also has been pursuing mismanagement and has put ADO’s continuity in danger.

The procedure that has been pending before the Enterprise Division in Amsterdam, is the so-called survey procedure from the second book of the Dutch Civil Code. On the basis of article 2:345 and 2:346 of the Dutch Civil Code, ADO asked the Enterprise Division, by filing a written request, to order an investigation into the policy and the state of affairs of AOD since the 27th of January 2015, and, among others requests, to suspend Hui Wang as the chairman of the supervisory board.

ADO’s lawyers claim that with UVS being the major shareholder, the continuity of ADO has been put in danger, because UVS did not fulfill its payment obligations. Because of the financial upheavals of ADO, current sponsors become less interested and it becomes more difficult to attract new ones. This is being reinforced by the fact that ADO recently has been put down by the Royal Dutch Football Association (KNVB) to category 1. This category represents soccer clubs that are dealing with financial problems and that are therefore under surveillance of the KNVB.

UVS wanted to continue with ADO on the basis of mutual respect and called for an independent and interim director of the club, without losing control over its shares. The president of the Enterprise Division called on the parties to find an independent supervisory director. The period that has been given by the Enterprise Division to both parties to realize this, expired on the 19th of December 2016.

Both parties did not manage to choose an independent supervisory director. That is the reason why the Enterprise Division gave a ruling on Monday the 19th of December 2016.

Furthermore, the Enterprise Division ordered an investigation into the state of affairs of ADO, because there had been mismanagement by Hui Wang as chairman of the supervisory board. It is hoped that with these measures ADO will get back on track and fully focus on soccer again.

However, on the 28th of December of 2016 ADO instituted an interim relief proceeding (kort geding) before the Court in The Hague and demanded the payment of UVS of 2.3 million euros. UVS was not present during the hearing. On the 5th of January 2017 the court has ruled in ADO’s favor.[1] According to the court, ADO has an urgent interest in its claim. Also, the court considers it proven that on the 28th of august 2015 an agreement has been reached under which UVS has an unconditional obligation to deposit money into the shares that it holds and to reimburse several costs advanced by ADO. In addition, according to the court ADO managed to demonstrate sufficiently that UVS has failed imputably in the fulfillment of its obligations and therefore must pay a sum of 2.3 million euros.