In short – First geographical indication for a manufactured product: the consequences of the Laguiole case

Since the new consumers law was adopted on March 17th, 2014, and its application decree, n°2015-595, was published on June 2nd, 2015, it is possible to protect manufactured products with a geographical indication, title which was until now only available to agricultural and wine products.

A geographical indication is made of the name of a product (e.g. Champagne, Roquefort…), associated with a specific geographical zone. It it generally perceived not only as a indication of the (geographical) provenance of a product, like a broader trademark, which would not be limited to a single company, but also as a quality guarantee, and a sign that the “heritage” of the region and the tradition was respected in the making of this product.

The subject is current because, since December 2nd 2016, the first geographical indication for a manufactured product has been attributed, to the “Seat of Liffol”. Any company manufacturing seats according to all or part of the 22 mandatory steps of fabrication within the determined geographical zone, where 165 French Vosges villages are located. Liffol was already renowned as capital of the Seat and of style furniture. 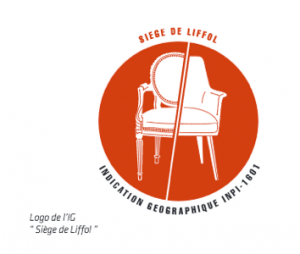 However, it is with the Laguiole case that this whole question started, and we therefore have an opportunity today to go back to the latest developments of the case. Indeed, this truly fascinating judicial saga started in 1993, when someone seized what he thought was a great business opportunity and tried to register “Laguiole” as a French trademark, to designate knives and other related products, as well as completely different products. These products were however not produced traditionally in Aubrac, near the village of Laguiole, but rather in China or in Pakistan. 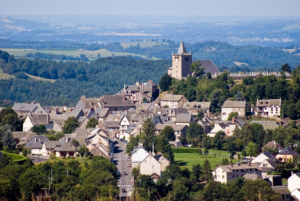 This person successfully managed not only to register “his trademark” in France, but also in the whole of Europe, by the EUIPO, in 2005. The company La Forge de Laguiole immediately asked for the trademark to be declared non valid. The argument was fierce until the Tribunal for the European Union put an end to it on October 14th, 2014 (Gilbert Szajner v. OHIM, n°T‑453/11). By studying not only the statutory activities of la Forge de Laguiole, but also their actual activities, the Tribunal determined that their was a real risk of confusion with the knife-related products, but not with other categories of products.

At the same time or almost, in France, another procedure was going on, which very recently had one of its last developments. The Cour de Cassation had to decide, on October 4th 2016 (Ch. Com. RG n°14-22245), whether the person who owned the Laguiole trademarks was guilty of deceptive commercial practice and parasitism, whether the trademarks he owned were valid, and if so, whether he had rights on them.

On the commercial practice and parasitism grounds, the highest court went against the court of Appeals, which had not sufficiently researched whether using the name of a village of 1300 inhabitants, known by almost half of French people, to designate one’s products might mislead the average consumer and therefore constitute a misleading commercial practice.

On the validity of the trademark, the Cour de Cassation stated that the Court of Appeals should have researched if the trademark owner was of bad faith, since his commercial strategy was to deprive the town of Laguiole of the use of its name, which is necessary to the exercise of its main activity. And fraud corrupts everything, and most importantly according to article L712-6 of the Code of Intellectual Property, renders a trademark not valid.

This case also started the “made in France” argument once again, and of the possibility to protect manufactured products with a geographical indication, which was until now only possible for agricultural and wine products. Is the above-mentioned law that permits such a registration, still necessary, now that the Cour de Cassation decision guarantees more safety to manufactured products? It is not certain, but it remains amusing to think that a law that came to existence because of a violent knife fight should lead to the security and rest of French craftsmen in the comfortable Seats of Liffol.