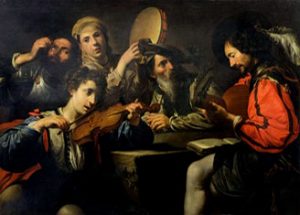 Last March, the European Parliament finally approved the regulation designed to protect cultural goods against smuggling and to put a stop to a source of terrorist financing.

Before now, there were no universal EU laws governing imports of cultural heritage.

The only European legislation on the trade of cultural goods concerned exports and the return of objects unlawfully removed from the EU.

The agreed rules will ensure that the EU Member States can now prevent the import and storage in the EU of cultural goods illegally exported from a non-EU country.

The regulation should ensure the protection against illicit trade in cultural goods and their loss or destruction.

Furthermore, it should help the prevention of terrorism financing and money laundering through the sale of pillaged cultural goods to buyers in the union.

This deficit of rules could be exploited by unethical exporters and importers who circumvent prohibitions by exporting the goods into the EU from a different non-EU country.

Standard EU rules will guarantee a regular treatment of import of cultural goods all along the Union’s external borders.

The regulation covers cultural goods that are created or discovered outside the EU and are due to be released in free circulation or placed under a customs procedure other than transit.

The following measures should make the importation of illicit cultural goods much more complicated:

The EU Member States will be obliged to ensure that effective, proportionate and dissuasive penalties are in place for those who do not follow the rules, in particular for anyone who makes false statements or submits false information.