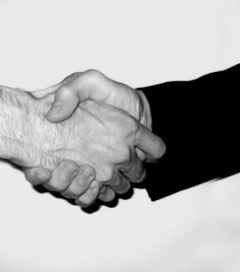 After recently blowing the first candle of the entry into force of the law reforming the Dutch law on Arbitration, we will take the opportunity to briefly come back on it.

The law of 1st January 2015, inspired by the UNCITRAL Model Law, acknowledged the developments that occurred in the field of Arbitration since the entry into force of the law of 1st December 1986, which regulated the matter until then. The new law is applicable to all arbitration procedures initiated from 1st January 2015, as well as related proceedings before national courts.

The objectives of this reform were multiple: ensuring the effectiveness and flexibility of the arbitration proceedings and maximize the autonomy of the Parties.
The law promotes the exchange of information by electronics means (correspondence and awards). The Parties do no longer have to file in the final arbitral award in the competent local court. The cancellation of arbitral awards is under the responsibility of the Court of Appeal, whose decision is subjected to a Cassation complaint, unless otherwise agreed by the Parties. The Court of Appeal may also suspend the cancellation proceedings and refer the Parties to the Arbitral Tribunal, which will be reconstructed in order to remedy the grounds alleged for setting aside the arbitral award. The aim of these reforms is to ensure the rapidity of the procedure.
The introduction of an arbitration procedure will interrupt the period of limitation, even if the Arbitral Tribunal declines jurisdiction afterwards. At the end of the arbitration proceedings, a new limitation period will start.
The will of the Parties is central, they can agree on the rules of procedure applicable to the dispute, at the exception of those being required by law. The Parties may request provisional measures pending the opening of the arbitration proceedings, which will be qualified as arbitration awards. Thus, the Parties may agree on the appointment of an emergency arbitrator pending the constitution of the Tribunal.
The Parties enjoy a high flexibility. The Parties to arbitration proceedings with a seat located outside the Netherlands now have the opportunity to request the assistance of the Dutch court. A counterclaim can be brought only if it is governed by the same arbitration agreement. Under Institutional Arbitration, if Partie(s) challenge the arbitrator(s), the procedure will resort to the Institution, which will appoint an independent third party. The clauses in contracts between professionals and consumers will be reclassified as unreasonably onerous, unless they offer in writing the possibility to the consumer, within a period of at least one month after the clause was invoked, to submit the dispute to the domestic court.
All of these new provisions have an ultimate goal: increasing the interest in
arbitration in the Netherlands in general, and especially the interest in the Netherlands as a seat for international arbitrations.