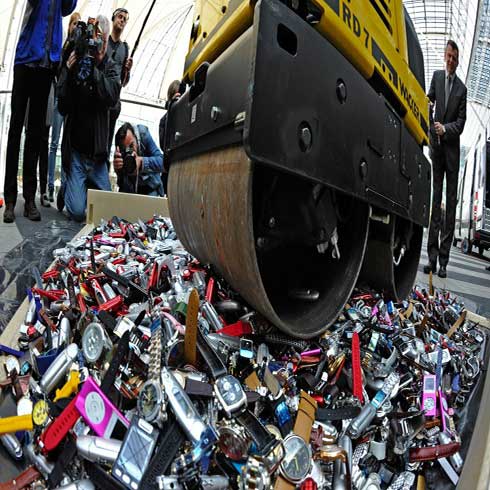 Perhaps no investment opportunities have captured the attention from investors all over the world recent years more than that of investing in China. This is even more true for European investors since China and the EU are currently engaging in a tough bilateral investment treaty (BIT) negotiation. A conservative estimate by the European Commission suggests that the EU’s FDI stocks in China will increase by 2% and add €2 billion of EU’s exports yearly after signing the BIT.

There is no doubt that this BIT will boost investments in China and Europe. It is predicted that many European giants and SMEs have been planning to consult company law firms to set up an office in China. In the rush of new opportunities, these companies should be cautious and not forget to protect their Intellectual Property Rights (IPRs) in China. European companies that are doing and/or plan to do business aimed at the Chinese market should therefore be familiar with the Chinese system for enforcing IPR.

Overview
Enforcement of IPR in China is done at two levels: an administrative level and a judicial level. According to the 2014 Trade Policy Review Report of China, more trademark disputes are dealt with by administrative actions than by judicial actions within the period of 2010 to 2013, while it is the other way around when it dealing with copyright and patent disputes.

Administrative actions
Administrative actions are done by governmental agencies. The key Chinese administrative bodies are the State Intellectual Property Office, the Administrations for Industry and Commerce, the National Copyright Administration, and the Quality and Technical Supervision Inspection and Quarantine. These authorities can issue injunctions to stop infringement and may even fine the infringer. However, the agencies cannot order compensation for damage. They can only mediate between parties regarding the amount of compensation. If either party is not satisfied with the decision, it can bring the case to (civil) court.

Judicial actions
Judicial actions are taken by civil courts. Recently China just decided to set up IPR specialised courts in Beijing, Shanghai and Guangzhou in order to enhance the quality of IPR enforcement (See our previous articles about the decision and the judicial interpretation issued by Chinese Supreme Court [link] [link]). Regarding judicial IPR enforcement, there are some highlights to take into consideration:

The statute of limitation
The statute of limitation to start proceedings against IPR infringement is two years calculated from the date on which the IPR holder knows or should have known of an infringing act. If the IPR holder files the lawsuit after the above-mentioned two years, the court may still order the infringer to stop the infringing act if the IPR at issue is still under the protection period but will not order any compensation.

International cooperation
China is engaged in bilateral cooperation on IPR protection with the EU and some of EU member states individually (such as France, Germany, Czech Republic, the UK and Romania). In 2011 and 2012, China held three Sino-European expert group meetings and one symposium on customs IPR protection.