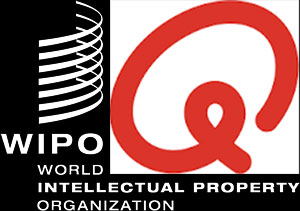 On 26 April we celebrate the annual World Intellectual Property Day. The event was launched in 2000 by the World Intellectual Property Organization (WIPO) to “raise awareness of the impact of patents, copyrights, trademarks and designs on daily life” and to “celebrate the creativity and contribution of creators and innovators to the development of societies around the world”.

This year’s theme is “IP and Youth: Innovating for a better future”. Young people have high ambitions to work for a sustainable future. They are also the ones who keep innovating, but still need a lot of financial and social support to develop and protect their ideas and creations.

But it is not only new developments that need to be protected. Existing intellectual property rights also need to be monitored regularly and action taken against potential threats if necessary. As King’s Day, which is honoured in the Netherlands, makes its debut following World Intellectual Property Day, the question of trademark protection for festivals and their names arises in particular. This is exactly what the Rechtbank Amsterdam had to deal with recently. In the case of Q-Dance B.V. and Q-Licenties V.O.F. against Q-Music Nederland B.V. and DPG Media B.V., the court granted the action for the most part with a provisional decision on 19.04.2022 (Ref. C/13/714766 / KG ZA 22-202 IHJK/MV).

Background
Since 1999, Q-Dance has organised music festivals and music events in the Netherlands under the brand name and trademark Q-Dance with a focus on dance music. In August 2001, Q-Dance registered the word mark Q-Dance as a Benelux trademark. Well-known festivals organised by Q-Dance are Defqon, Qlimax and Dominator. Q-Licences manages the rights to the Q-Dance brand on behalf of Q-Dance.

Since August 2005, Q-Music has operated the commercial radio station under the name Q-Music. Q-Music is a subsidiary of DPG. The latter operates the website www.qmusic.nl. After the launch of the station, Q-Dance objected to the use of a music station under the name Q-Music. Q-Dance invoked the protection it enjoys under the Trade Names Act and announced at the time that it would initiate proceedings to prohibit the use of the name Q-Music for a music channel in the Netherlands. The parties then entered into negotiations and concluded a so-called coexistence agreement. The agreement provides, among other things, that the parties may carry on their respective activities in parallel; provided that it is as clear as possible to the public that they are not affiliated and therefore not in direct competition with each other. According to the agreement, VMMa or Radio Noordzee B.V. is allowed to operate a radio station under the name Q-Music and to use this name to carry out promotional activities for the radio station, provided that the radio station does not target the so-called dance segment, does not present itself as a “dance station”, does not offer “dance programmes” or at least – with some exceptions – does not broadcast dance music. Radio programmes at certain times of day and hours were also agreed.

In October 2021, Q-Dance informed Q-Music of its finding that Q-Music had breached the agreement between the parties. Q-Music and DPG denied these allegations. Subsequently, the parties again consulted about an amicable settlement, but to no avail.

The plaintiff parties now ask the court to stop the production of dance programmes and/or the broadcasting of dance music on the radio station Q-Music and to permanently cease and desist from announcing, advertising, making available dance programmes and/or dance music. They claimed that when entering into the agreement, the parties endorsed the principle that the designation Q-Music for a radio station could lead to confusion with the activities of Q-Dance. The agreement was intended precisely to help avoid such confusion. To this end, the agreement contained a broad definition of the term “dance”. With its new fixed and weekly Saturday programme, Q-Music was in breach of the agreement. The programme was entirely dedicated to dance and included more than just one dance title. With this programming, Q-Music presented itself unmistakably as a dance station. Confusion would arise and the distinctiveness of the trade name and the Q-Dance brand, which had been built up through intensive investment over 20 years, would be destroyed.

The opposing party, on the other hand, argued that Q-Dance organises dance events where the “harder” styles (such as hardstyle, hardhouse and hardcore) are played. This is a completely separate genre of music with its own specific audience. In these proceedings, Q-Dance relies on an incorrect, overly broad interpretation of the agreement. The parties had chosen to be guided by the music that is and will be played at Q-Dance events, taking into account the changing styles from time to time. This was also obvious as it was the intention of the parties to coexist, while it should be clear to the public that the parties were not affiliated with each other. In the alternative, Q-Music and DPG argued that there was no likelihood of confusion. Q-Music has become so well known over the last 17 years that no one thinks that Q-Dance is related to Q-Music. The parties’ logos are not similar at all. The parties’ markets and music genres are completely different. In the present proceedings for interim relief, Q-Dance had been unable to prove or in any way plausibly demonstrate that confusion had actually occurred. It had neither shown nor proved that the distinctive character of its trade mark was seriously impaired.

Decision
The court largely upheld the claim. For it, the decisive factor in interpreting the agreement was what meaning the parties could reasonably attach to these provisions in the given circumstances and what they could reasonably expect from each other in this respect.

The defendants did not dispute that Q-Music’s new Saturday night programme is entirely devoted to dance. The programme consists of five dance programmes broadcast in succession and presented by well-known dance artists. Q-Music thus presents itself as a dance station, at least on Saturdays. According to the agreement, this is not permissible. The court based its decision on the wording of the agreement as well as on the correspondence between the parties on the drafting and amendments of this agreement. It can be concluded from this that the parties did not intend to restrict the exploitation of Q-Music and Q-Dance, including future activities, on the grounds that confusion must be avoided. In the way the parties defined the term dance, they further defined the broader term “electronic dance music”. First, a demarcation was made from other music genres: Pop, Rock, Soul, R&B, Hip-Hop and Oldies (sixties, seventies, eighties). Furthermore, a connection with dance music was established: “At the dance events organised by Q-Dance, music was and is mainly played, taking into account the styles within the “dance segment” that change from time to time“.

The court did not follow the defendants’ interpretation of the term “dance”. In agreements, the exploitation of Q-Music is restricted to the effect that Q-Music may not target the so-called dance segment, may not present itself as a “dance station” and may not offer “dance programmes”, or at least – with a few exceptions – may not broadcast dance music. The fact that Q-Dance only plays hardstyle, hardhouse and hardcore at its festivals and that Q-Music is therefore not allowed to broadcast this particular sub-genre is not mentioned there and cannot be deduced from other circumstances or from the history of the agreement. Moreover, the distinction between dance and other major genres of music shows that dance refers to all dance music. Finally, the restriction that the music “must and will be played primarily at dance events organised by Q-Dance, taking into account the changing styles within the ‘dance segment’ from time to time” cannot be interpreted as prohibiting Q-Music from broadcasting only hardstyle, hardhouse and hardcore. Q-Dance has demonstrably shown that it does not and has not limited its programming to the “harder” styles of dance music, in particular at the events Qontact (trance music), Qlimax (trance, house and techno), Teqnology (techno), Defqon 1 Festival (different styles on different stages) and In Qontrol (different styles on different stages). The Agreement also contains a list of terms, jingles, trade names and domain names, beginning with Q, which were in use by the Parties at the time of the Agreement and which may continue to be used within the limits set by the Agreement. This list includes – as far as Q-Dance is concerned – terms such as Q-House, Q-Techno and Q-Trance. It can be concluded from this that a restriction to hardstyle, hardhouse and hardcore cannot have been intended. With the wording, the parties have opted for a fle-xible description that should stand the test of time.

Nor is the fact that Q-Music considers that the parties can coexist very well (and have done so for 17 years) without, in Q-Music’s view, any confusion, a justification for Q-Music’s failure to comply with the agreement. In view of this agreement, which Q-Music entered into voluntarily, it cannot invoke freedom of expression under Article 7 of the Constitution and Article 10 of the ECHR. Q-Music cannot be accused of creating a competitive disadvantage for itself through the agreement with its contractual partner Q-Dance. Q-Dance has agreed to renegotiate the terms of the agreement with Q-Music. This is the route Q-Music could take.

Conclusion
Industrial property protection does not only refer to the legal relationship between two parties when a trade mark or patent is applied for or when copyrights are infringed. Especially in the case of trade marks, the problem often arises that similar trade marks overlap in classes and services.

The importance of prior agreements between the parties concerned is all the greater in order to be able to guarantee coexistence despite overlaps. This is also common practice, because such agreements avoid any costs and the boundaries are clearly defined between the parties. The case described above is a prime example of how such agreements can simplify the clarification of the factual and legal situation in the event of a dispute. Even if legal action is taken, costs and trouble can be saved by significantly shortening the procedure. In both ways, protection of one’s own trade mark or creation can be remedied as far as possible. In this way, creators do not have to shy away from publication and can fully live out their creativity and share it with society.