Presentation by Heffels Spiegeler Attorneys-at-Law with answers to the following questions:

In recent weeks, the world has been experiencing a completely new health situation. The coronavirus continues to spread, forcing some governments to take unprecedented measures. Thus, since 17 March 2020, following Italy and Spain, the French have been confined to their homes. Only those in necessary positions (medical world, supermarkets, etc.) continue to work. This quarantine worries many companies for which the economic fallout could have a catastrophic, even fatal, impact. To avoid this as much as possible, the French government has therefore taken several types of measures.

END_OF_DOCUMENT_TOKEN_TO_BE_REPLACED

The advocates listed below have registered the following principal (and secondary) legal practice areas in the Netherlands Bar’s register of legal areas:
a. Brigitte Spiegeler is registered for ‘Burgerlijk procesrecht’ (Civil procedural law), ‘Arbitrage’ (Arbitration), ‘Beslag- en executierecht’ (Attachment and foreclosure law), Litigation and ‘Intellectueel eigendomsrecht’ (Intellectual property law);
b. Michiel Heffels is registered for ‘Algemene praktijk’ (General practice), ‘Burgerlijk recht’ (Civil law).
Based on this registration, they are required to obtain ten training credits per calendar year in each registered principal legal practice area in accordance with the standards set by the Netherlands Bar.

The following advocates are exempted from the obligation to state a legal specialisation.
a. Ernst van Knobelsdorff;
b. Catherine Gambette.

With your company, you successfully and carefully create value with your intellectual property for years to come. The purpose of this article is to point out to you, as the owner of intellectual property rights (such as trademarks, copyrights, designs and patents) in the Netherlands, the possibilities of enforcing these rights and of combating infringement.

In summary proceedings, it may be claimed in urgent cases that the infringer is prohibited from commercially exploiting the infringing products. A disadvantage is that no damages can be claimed in summary proceedings. You will have to start proceedings on the merits for this. An advantage of this procedure is that, in principle, the legal costs (including the costs of your lawyer) will have to be paid by the other party, if the court assigns your claim. Another advantage is that you can relatively quickly prevent an infringing party from (continuing to) perform the infringing acts.

END_OF_DOCUMENT_TOKEN_TO_BE_REPLACED

The development of street art in the last few decades has led to more elaborate forms of the early graffiti movement, including spray paintings, mosaics, and installations in public spaces by renowned artists like Banksy. From a legal perspective, this begs the question as to what rights do these works of art possess if they were created on a privately or publicly owned space (even illegally), and what limitations do artists have in seeking compensation if ever their works are altered from their original intention? The European Union Intellectual Property Office (EUIPO) recently held a webinar presented by Spanish attorney Elisa Carrión Álvarez on May 28th about this topic, discussing the extent to which street art is protected under copyright law in the European Union and in common law countries like the United States and the United Kingdom.

END_OF_DOCUMENT_TOKEN_TO_BE_REPLACED 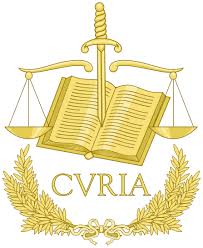 It was in autumn 2016 that the Walloon Region, through its Minister President Paul Magnette, vetoed the signing of the Comprehensive Economic and Trade Agreement (“CETA”) by the European Union.

CETA, a trade agreement between the European Union and Canada aimed at stimulating trade and supporting growth and employment, aims to reduce tariffs and protect high European standards such as food safety and the environment.

Despite its partial entry into force on 21 September 2017, the arbitration mechanism provided for in Chapter 29 was put on hold.

END_OF_DOCUMENT_TOKEN_TO_BE_REPLACED 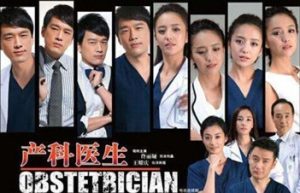 Copyright Dispute on whether an act of uploading Posters, Snapshots and Screenshots of films on an information-sharing platform for comments and exchange among Internet users constitutes fair use regulated in Article 22 of Copyright law.

Douban is an information-sharing platform for Internet users to comment on and exchange about  films and TV series. “On this platform, under the heading of “Obstetrician” displayed information about posters, directors, script writers, and main actors, in addition to a list of short comments by series, summaries, pictures of the scenes, etc. In the album section, there are videos, posters, screenshots of the TV series uploaded by Internet users. Flowers Film contends that as copyright holder of the TV series it is entitled to the copyright of the series, the screenshots and posters, etc.” END_OF_DOCUMENT_TOKEN_TO_BE_REPLACED

Walking in Milan during the Art Week you probably come up against the Venice gate’s bastions wholly wrapped up with hundreds of hessian fabrics.
The mind will go to Christo who, since the later sixties, wrap up famous monuments around the world.
However, the author of the packing, in this case, is Ibrahim Mahama, a young artist from Ghana who has realised this installation site specific for the Nicola Trussardi Foundation.